Souvenir (2011) Custom-built penny press
'Souvenir' is a souvenir penny press that imprints crushed pennies with images of John Wilkes Booth, effectively transforming Abraham Lincoln into his assassin.
"After moving to Oklahoma in 2010, I learned of a myth involving the escape of John Wilkes Booth. The penny press is currently being moved to Enid, Oklahoma, where the story takes place. According to this conspiracy theory, Booth escaped and lived out his life in an Enid boarding house using the alias David E. George. The penny-press will provide souvenirs in the original room Booth [George] would have occupied [currently hidden in the storage attic of a furniture store]." 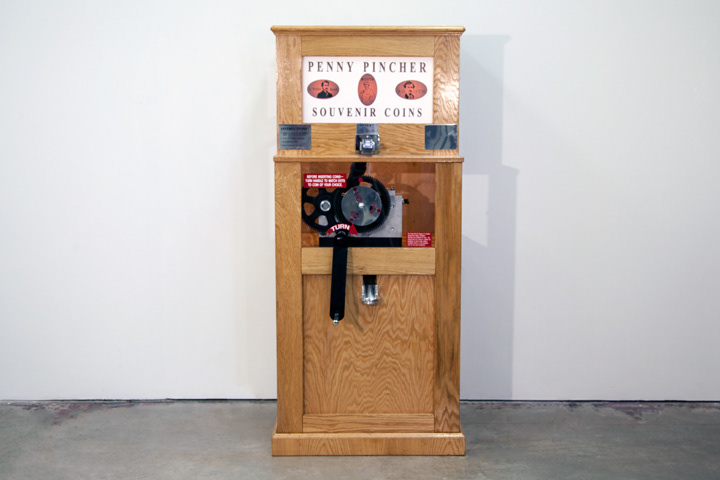 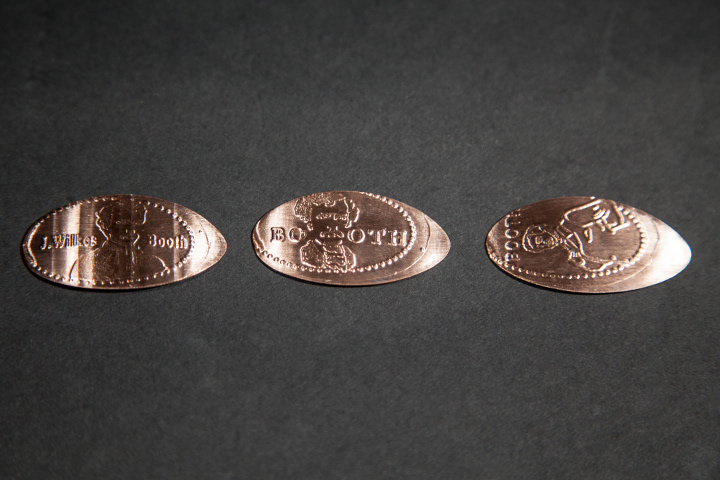 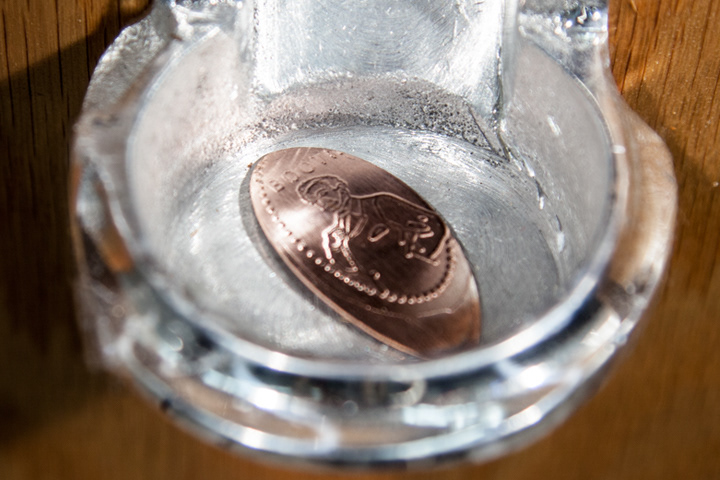 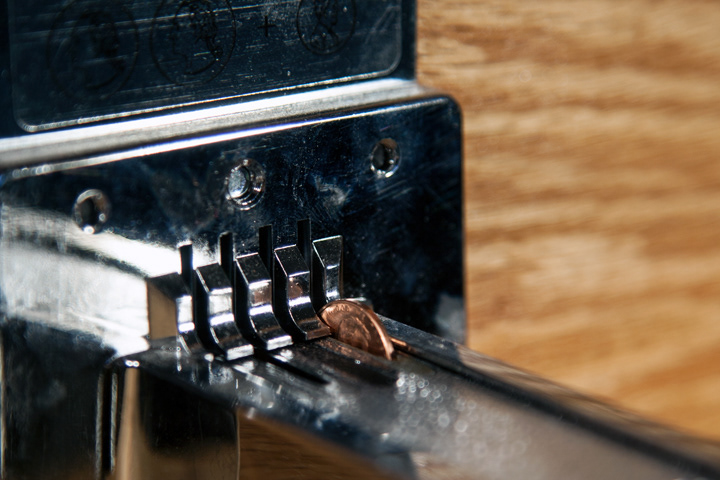 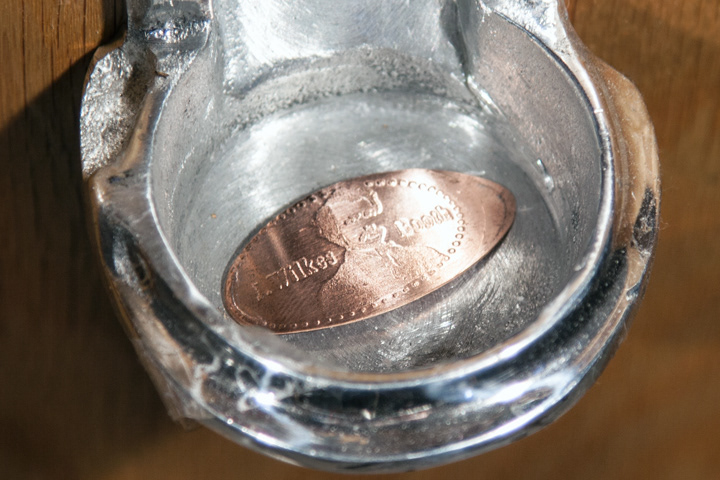 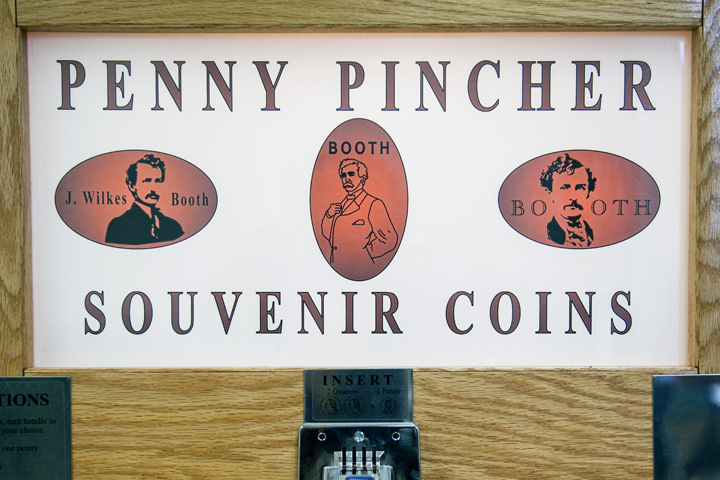 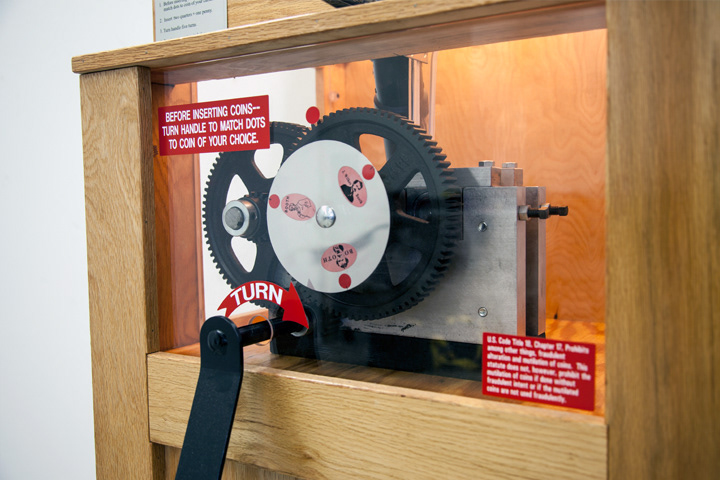 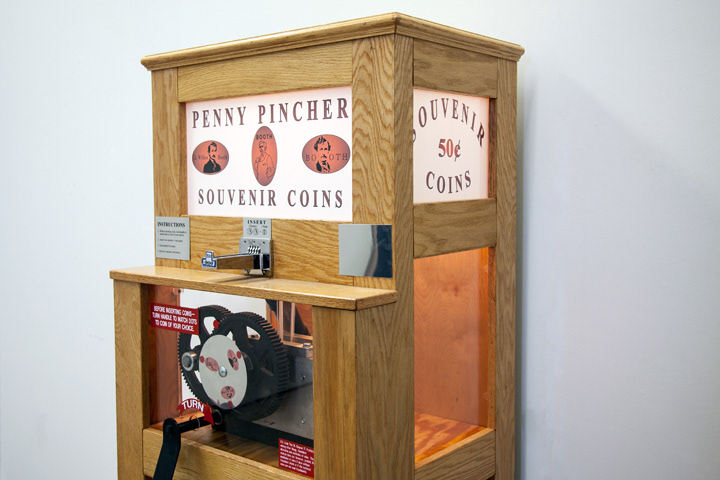 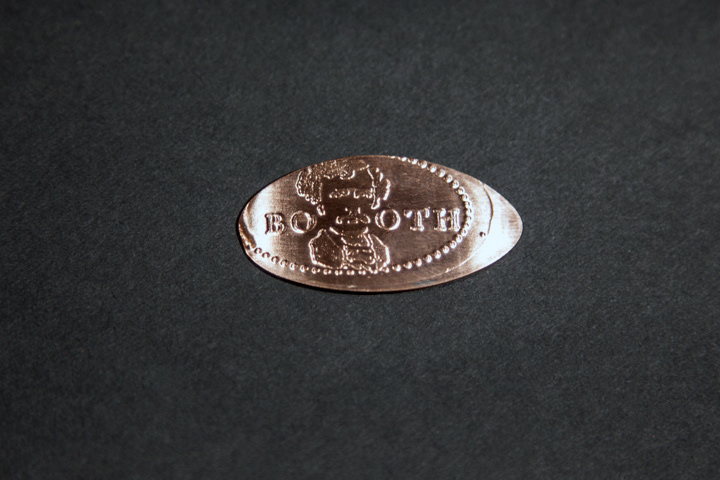 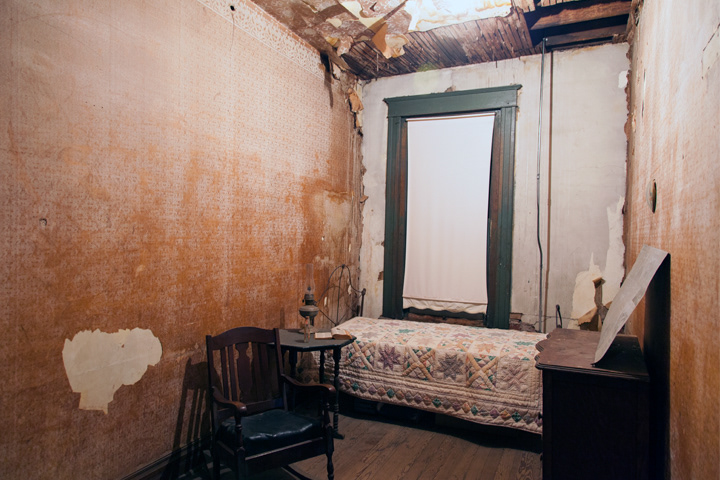 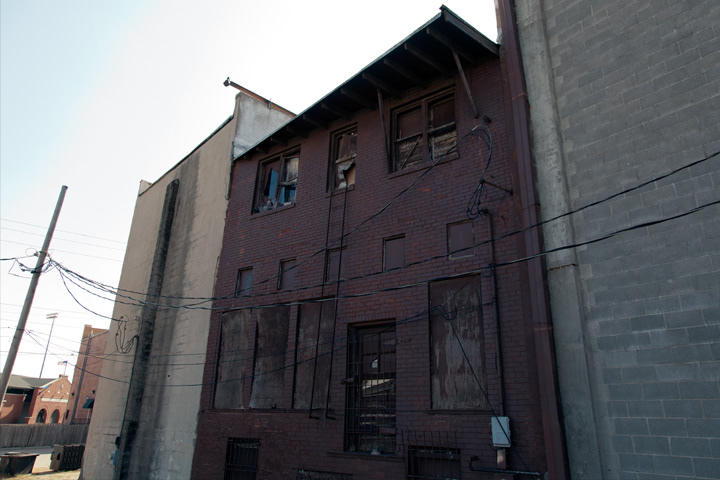 Above Left: David E. George's Room (2011) Documentation of the space where Booth was rumored to die.

David E. George, a house painter with an appetite for drink and a knack for quoting Shakespeare, committed suicide by ingesting poison on January 13, 1903, while staying at room number 4 in the Grand Avenue Hotel inEnid, Oklahoma. He had purchased the strychnine from the Watrous Drug Store, telling the clerk, Frank Corry, that he wanted "to poison a dog" who had kept him up the night before. Shortly thereafter, store owner Eugene Watrous, unaware that his clerk had just sold George strychnine, provided additional strychnine to George "to poison a cat." By 10:30 a.m. that morning, other tenants complained of hearing groans and moans in George's locked room. They managed their way into George's room and found him writhing in pain. Despite the efforts of Dr. Champion, the local doctor, the poison had claimed him by 11 a.m. that morning. Acting Coroner, Joe S. Jacobs assembled a coroner's jury, which included Mayor Charles O. Wood, and determined that George had died of alcohol and poison induced heart failure.

Above Right: Current state of the boarding house (2011) [currently a furniture store]

Shortly after George's death, Methodist Episcopal minister Rev. Enoch Covert Harper came to view the body, and relayed a story to William H. Ryan, who was embalming the body. In April 1900, while staying in El Reno, Oklahoma, George had reportedly confessed to Mrs. Jessie May Kuhn (who was soon to be Rev. E. C. Harper's second wife - they were married on May 23, 1900) that he was John Wilkes Booth. Mrs. Kuhn had then dismissed the confessions as the product of drug-induced delirium. George was also quoted as saying, "I killed the best man that ever lived."
↑Back to Top

Insert copy here, which should vary depending on your region. Accept